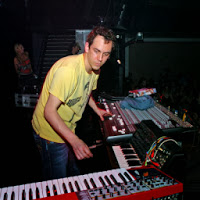 12 – Purple Om – Storm (Floyd)  5:45
? / Source: MP3 file at 128 kbps / Quite beautiful track from the early times, with a beautiful haunting female voice in the background. The track unfortunately is cut with a fade and not complete.

13 – Purple Om – Wargasmed (Hallucinogen Mix)  7:55
1994 / Source: DAT from UK/ Appears also as ‘Wargasms’ on P2P sites with a length of 7:59 / The original version of this track was an ambient track, shared on the official soundcloud page of the band. This is a typical up tempo Hallucinogen track and circulated mostly as ‘Hallucinogen – Wargasmed’.

Live Mixes
L1 – Hallucinogen – Shamanix (Live Mix)  9:09
Date ? / Source: DAT from French DJ / It was recorded during a live set and has some notable differences in structure.

Some fake tracks circulated attributed to Simon Posford, such as:
• ‘Hallucinogen – Gamma Goblins Part 3’.
• ‘Hallucinogen – Twisted (Do You Fuck as Well as You Dance Edit)’ is a track from Macguyver.
• ‘Dj UX – Outside This World (Hallucinogen Remix)’: UX does not refer to Kris Kylven’s project, but to a project of Robin Gunning (Promon). This track was never remixed by Simon Posford.