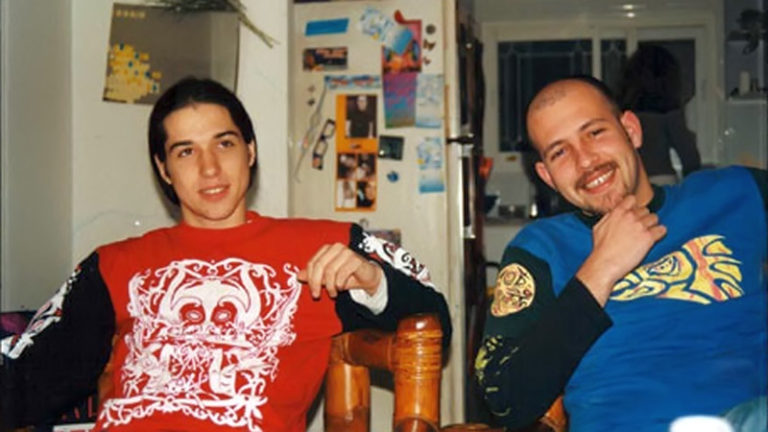 5 – Dracul (Original Mix) 8:46
1999 / Source: P2P/MP3 / An original and different mix of the later released “Dracul” track. Apparently a longer version exists as well, mentioned on the Infected forum with duration of 9:37

10 – Something Else 6:27
2003-2004 / Source: P2P/MP3 / This track has circulated also as “A2” however, inexplicably, Shazam recognized this track as “Infected Mushroom – Something Else”. It seems unreleased but a YouTube user claims that this was a bonus track for the UK edition of the CD single “Cities of the Future”, released in 2004. Confirmation required.

12 – You Don’t Exist 5:37
2000-01 / Source: P2P/MP3 / An old unreleased that was shared on infected-mushroom.de website. Different from the fake named track that circulated, this appears to be a legit unreleased track.

16 – Sex On Mushroom – Dirty 80s (Early Mix) 6:25
2001 / Source: P2P/MP3 / This version lacks the first 1:40 minutes of intro and buildup and has a different part after the second break. Also ends with a fade, very possibly a first draft or demo version of the track.

23 – Duvdev & Shidapu – Zahadum 14:40
1995 / Source: Infected Mushroom official Soundcloud / The track was shared by the band in 2013 to remember their early years. It was made with Impulse Tracker and it was available here.

Notes
• A lot of tracks circulated misnamed during the heydays of Napster/Soulseek/iRC and every other P2P sharing platform.
Some of the common misnamed tracks that were identified are:

• Other tracks are listed on the Infected forum and on the original Infected mushroom German website, we list them here for completeness but are all unconfirmed:

• Identification of the released tracks “Montoya”, “Winston”, “Where Is S”, “Shidapu and Duvdev – End of Infinity” plus info about “Daydream Vibez” and “Power Of Celtic (Infected Mushroom Remix) by Slobodan Stefanovic.

Back to top
We use cookies to ensure that we give you the best experience on our website. If you continue to use this site we will assume that you are happy with it.OkNoPrivacy Policy