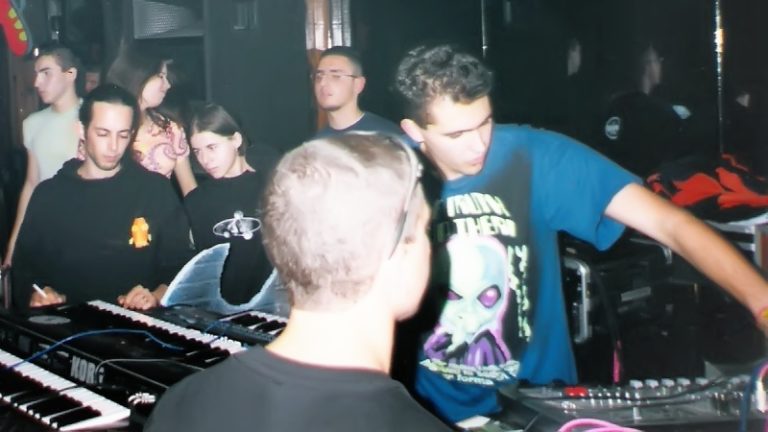 Notes
• “My first track in Goa acid style was ‘Goa Generator’. I made it for my first ever live set, which was on a friend’s basement in early ’95. I was also good friend with Avrilios (from Noise record shop in Thessaloniki), who was a guest in this party. Apart from me, another project that performed there were 3ST; afterwards they disappeared from the scene however their tracks were really good. Our major influence was the first Digital Alchemy compilation and the first releases by TIP Records. I was already fully dedicated to the Proto-Goa scene from the end of ’93. My inspiration was usually science fiction and alien contact, not so much the psychedelic culture. Regarding the other tracks listed, chronologically first was ‘Nomads In Time’ and then came ‘3001’, which I made around ’96. I know also that there exists a cassette with my first live radio set at DJ Fonix’s show on the legendary Larissa-based Heat FM radio station (early ’95). I used a Korg-X3 workstation for the sequencing and the acid lines were played on a Novation Bass Station. These were fed to a Boss FX processor and all went to a 12-channel analog mixer. That’s all. I can’t remember exactly all the tracks I have ever produced, but the most popular on my live sets were ‘Goa Generator’ (quite a “hit” at the time) and ‘Star Gate 3001’ (I remember performing this one on my live set in Israel on New Year’s Eve 1996-97). At the time, many people in Greece were doing a remarkable work in the scene, compared to the general quality level this country offered. There was a truly underground movement all over the place.”

• Live Mixes are parts of a live performance of the artist in Israel, on New Year’s Eve 1996-97