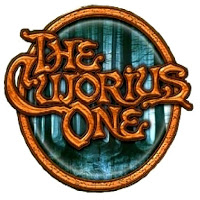 Tracklist:
A – Alien Snack Bar  8:38
Source: Eventually released as Cujorius one in the VA/Undefined Emotional Frequencies on Leviathan Records

Tracklist:
A – Go Griner  8:38
Source: Still available for download in the IUMA archives

B – Toys ‘n’ Masks  9:27
Source: Available for listening on YouTube user BIBA RECORDS’ channel / Listed also as ‘Toys – Masks’
EP3 – “Make It Nation EP”
2002 / “The unreleased remixes of ‘Make It Nation’ were meant to come out on a separate ‘Make It Nation EP’, which was cancelled when Leviathan went out of business”.

B – Make It Nation (Remix 1)  10:04
Source: Eventually released on the “Insane Dreamer” EP, but without the ‘Remix’ mention (“that was classical Leviathan back the no just do as they pleased”) / Also known as ‘Make It Nation (Master Mushie)’ or simply ‘Master Mushie’

C – Make It Nation (Remix 2)
Source: “The second remix was just a shorter version and a little slower if I remember correctly”

Notes
• ‘Insane Dreamer’ and several other tracks were part of a DAM CD album called “Dreams On The Run”(Cat n° 65573), probably from 2000. The artist recalled two more cds made with MP3.com back then.
• Identified and unconfirmed tracks:
1/The Cujorius One – Blurred Black: Unconfirmed.
2/The Cujorius One – Gelfing Gaggle (Marshall Remix), 8:47, 2002 : “I don’t know who made the remix.” It was initially assumed that Mindfly was the remixer, though the artist denied it: “The ‘Marshall Remix’ of ‘Gelfing Gaggle’ is unfortunately not by me. I remember starting my remix in Cubase, but as I came from Logic, I simply found it too difficult to do what I wanted to do with it, that I never got to finish it”. [Lars Knudsen]
3/The Cujorius One – Kaj & Andrea, 7:06, 2000 : “No such track with this name, the track referred to is ‘Dragon Disco’, which has a sample from Kaj & Andrea, but was by many just known as ‘the track with Kaj & Andrea'”.
4/The Cujorius One – PMS & PMS (Remix): Unconfirmed, “thought it sounds like a title I could have come up with back then”.
5/The Cujorius One – Shape Form Face: Unconfirmed.
6/The Cujorius One – Telepath, 3:49: Unconfirmed.
7/The Cujorius One – Twisted Fairytales, 10:10: A track with this name was downloadable on MP3.com according to the artist’s Music Center page. It was probably renamed as the artist kept the title only to name his unreleased album.
8/The Cujorius One vs Sykick – NN : This track, available for listening on YouTube user BIBA RECORDS’ channel, is actually the released track ‘Intimidation’ (see the “Insane Dreamer EP” story above).
9/Zerotonine – Rrrratoum (The Cujorius One Remix): “I never finished any of the tracks I worked on with Zerotonine and no remixes were ever made”.
10/There are at least 3 versions of an unreleased post-2000 remix of ‘Stereo Noise‘ produced by Nasa & The Gnome Effect. 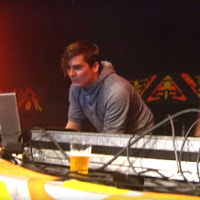 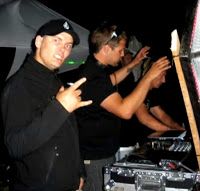 Notes
• “The name ‘Anormal Gisla Coil Dong’ was a joke with a guy from High school”.
• ‘Mobile Flower’, still available for download in the IUMA archives, initially appeared under the alias Anormal Gisla Coil Dong, but was eventually released as a Cujorius One track together with ‘The Shiva Rose’ on a limited EP called “Anjuna Selené“, on FreeFlower Records, in 2000.

Final Note
• There is in fact only one person behind all these various aliases & artist names: Bjørn Jacobsen : “Cujo A. Hora is and was my artist name back then, now I’m just Cujo, but some prefer Cujo A. Hora still. Barney Jacobs was actually my artist name BEFORE Cujo A. Hora, so when I was to release my first Cujorius One stuff officially, I wrote both names for some reason. And after that it was kind of a “joke” to say that Cujorius One was two or even three guys. But, correctly, then it’s Cujo A. Hora who is me, and Barney Jacobs and Nicolas Titti are the fictive ones now. Long story, but it’s all me”.
• The artist also had two more ephemeral aliases during the 90’s: Bindi Project, Standard Life.
• Original discogs page by Kwulf, updated by Cosmogenesis.